The USDA just released a census of Aquaculture in the US.  As far as I can see, the data has some serious limitations--and it is not the fault of the USDA.  It was a voluntary survey and the results show that the majority of farms didn't return the surveys.  Here are a couple of highlights:

1) Alabama: USDA says there are 3 mollusk farms in Alabama.  Bill Walton of Auburn University count 22 farms.  I can list off 19 farms.  In other words, ~15% of the active farms Alabama are included.

2) Maryland: USDA has 30 mollusk farms.  Matt Parker of Maryland Sea Grant counts over 100 leaseholders in Maryland. Roughly 30% of farms included.  In addition, there is one mystery farm in Maryland that sold over 23 million shellfish--more than the entire state reported in the previous year.

This by no means scientific, but my sample of three shows huge variations from reality (insert joke about Washington reality here).

Although funny, it does matter.  Government support on issues like better crop insurance and disaster relief, support for research programs on better seed, policies on fair use of public waterways, and Jones Act exemptions all often hinge on the value of the industry.  If the government is significantly under counting the shellfish industry it really matter.

Next time you get that survey?  Probably worth filling out.

In 17th century Holland Tulips were the first modern market panic.  Overnight tulip values dropped to almost nothing and scores of people went bankrupt.  The question I get regularly is: Are we in a oyster bubble? 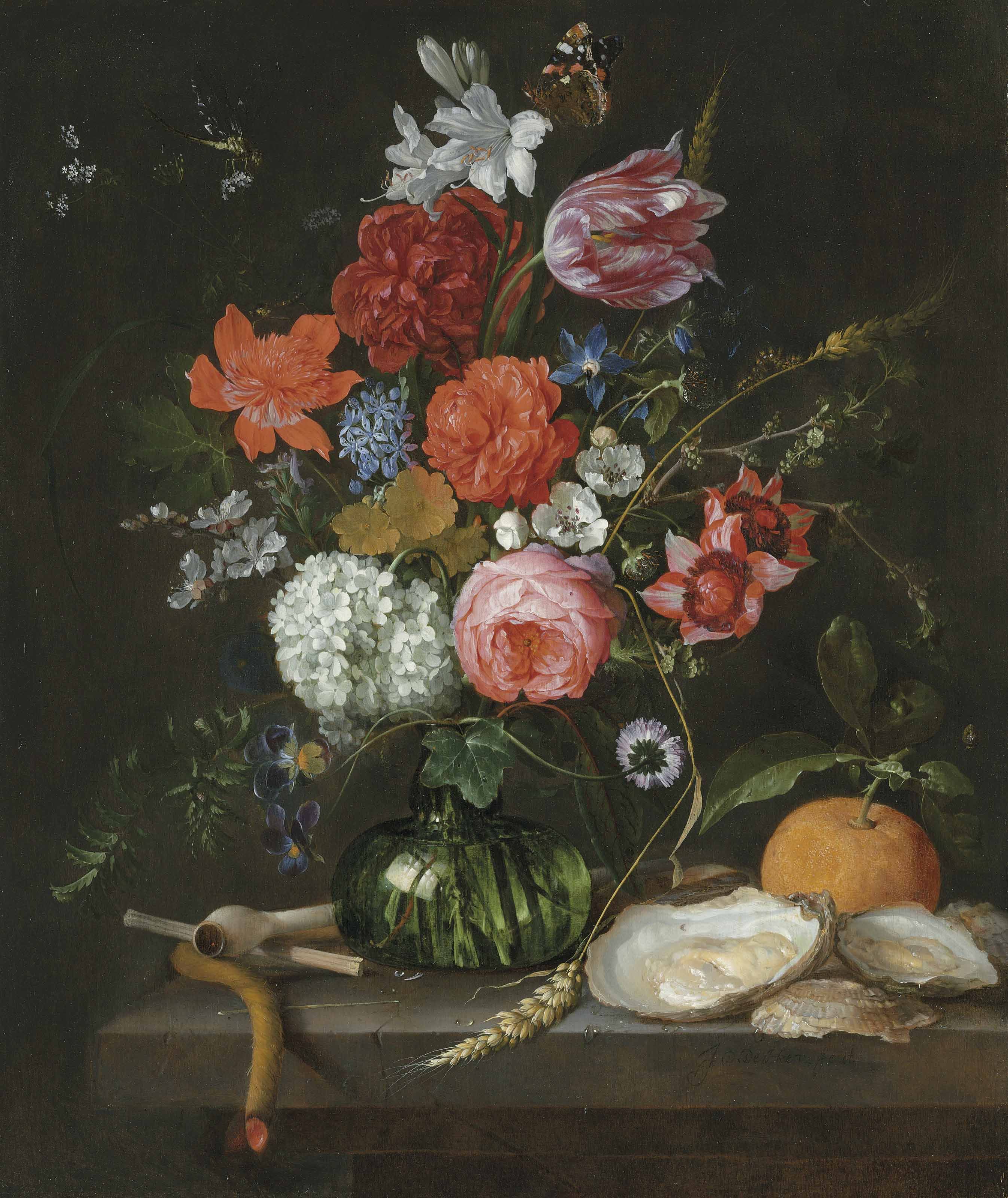 I have no way of predicting the future, but here are some of the relevant data points.

1) Production is way up:  This is the most obvious sign that we are in a bubble.

2) Wild harvests continue to decline.  Especially most recently in the Gulf of Mexico.

3) Prices vary by region and over time.  Reports by farmers seem to point to the Fall being the worst for the Northeast as many smaller farmers sell off crop they don't want to hold over the winter. Others in Louisiana and elsewhere are reporting that they can't keep up with demand. I regularly hear that prices for high-quality half-shell oyster range from a low of $.30 to a high of $70/pc on the wholesale market.  For folks selling directly to restaurants, the price is often between $.60 and $1/oyster.

4) Wholesalers/Distributors are doing great:  A major distributor in the Northeast reported that their business has been up 20% y/y for the last 10 years and more than 40% this year.  Real Oyster Cult--a direct to consumer business--has seem their business rise by over 100% in the last year.

Hyper-local food is a hot trend according to 60% of chefs.

Sustainable Seafood is a top trend for proteins

7) Folks are not getting sick:  Despite the occasional click-bait article, the number of reported illnesses is down on a per-capita basis.

8) We are nowhere near our historic consumption:  In the 1890s, ~30% of the protein for the working class came from shellfish--today it is probably well less than 1%

So what should the oyster farmer do?

1) Be an efficient producer:  If we do hit a drop, being able to produce oyster cost effectively will make all the difference.

2) Build strong relationships with your buyers:  Be the folks that are easy to work with.  Deliver a high-quality product on time as promised.

3) Save for a rainy day: Whether it is a hurricane, ice storm, or dropping demand, something will happen make sure you have savings to tide your over.

Spent 4 days earlier this month visiting clients and prospects on Long Island.  Clearly this is a region on the rise.  The fresh water of the Atlantic flushes the Little and Great Peconic

Bays creating ideal growing conditions. The communities are largely supportive. The farms can sell to great restaurants on Long Island or within a few hours they can have their product in NYC. No wonder the number of farmers and the size of the farms is growing. 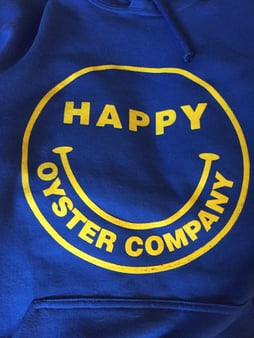 The folks couldn't be nicer--The Burkes from Happy Oyster even put me up at their house for the night. Check out their hilarious YouTube channel.

The farmers I met were often folks who had decided to move from desk jobs in NYC to become farmers. One had worked for tech startups. Another was an ex-art restorer. The Burke's had owned a bicycle shop. Others had left Wall Street. Some were multi-generation and still going strong.

The Long Island oyster thrived from before Europeans arrived until the early 20th century. But like many places, pollution and over-harvesting devastated the wild populations and much of the industry shut down. Today, new techniques, cleaner water, and new energy is bringing back this historic fishery. It is a good news story in a time when we need more uplifting media.  Thanks for all you do. 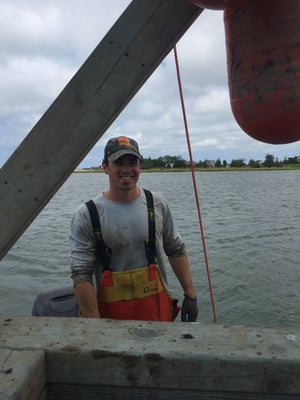 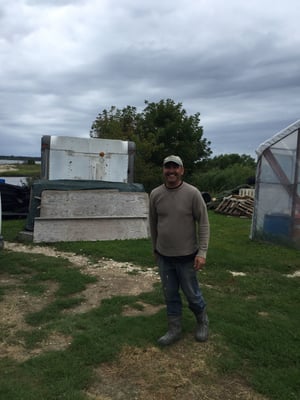 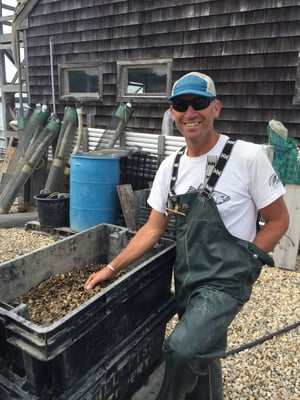 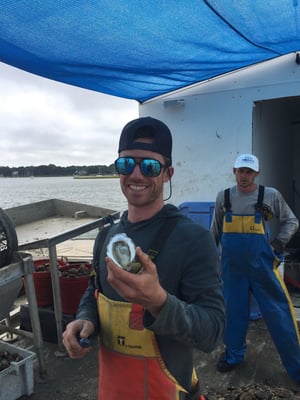 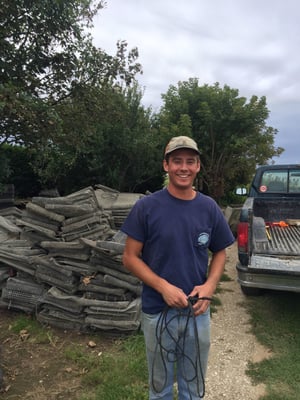